While this is Scott’s first attempt in playing the role of a course architect, it also reveals his depth of experience in the golf course industry. The design goals of building a course that would be enjoyable for high handicappers as well as low handicappers was met in this design. The course features wide player-friendly fairways. Also, water comes into play on only two holes which makes navigating this course easier for high handicappers. A large natural turf driving range and 10,000 square foot practice green is available as a warm-up or practice area. 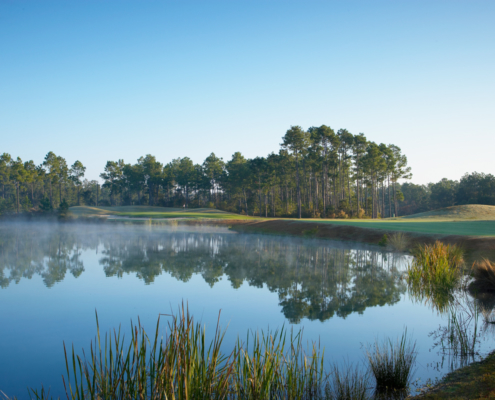 The fairways and roughs are registered 419 Burmuda, a dense-growing emerald-colored grass that’s perfect for plush fairways.